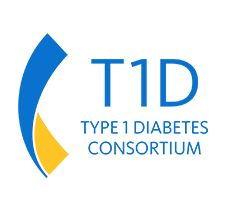 The T1D Consortium is working to qualify islet autoimmunity antibodies as prognostic biomarkers to be used in the development of therapies for the treatment, and ultimately the prevention, of type 1 diabetes.

By 2050, the number of individuals diagnosed with T1D in the US alone is projected to more than triple. The ability to screen for risk and stage of T1D prior to the appearance of symptoms presents a valuable opportunity to delay, and ultimately prevent, symptomatic T1D. Islet autoantibodies are a series of blood-based biomarkers that are tied to the progression of T1D and have the potential to identify those patients who will likely progress to symptomatic T1D. By employing the resources of all its members, and engaging with regulatory agencies at each step of the process, C-Path’s T1D Consortium will work to qualify islet autoimmunity antibodies as enrichment biomarkers to be used in the development of therapies to ultimately prevent T1D.

The initial goal of the T1D Consortium is to achieve the regulatory qualification (from both the US Food and Drug Administration and the European Medicines Agency) of the islet autoantibodies as enrichment biomarkers for T1D disease progression in pre-symptomatic T1D patients. These autoantibodies may also be used as an enrichment factor in clinical trials to identify subjects in early stages of the disease with a high risk of disease progression to symptomatic.