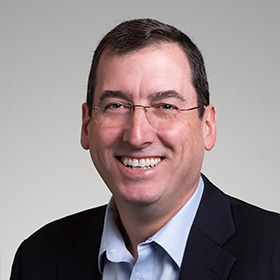 Dr. John-Michael Sauer is a toxicologist by training with over 15 years of experience in drug discovery and development. He has been responsible for leading multiple functional areas across several pharmaceutical companies.  He is dedicated to bringing quantitative translational science approaches to safety assessment, as well as transforming the way we use nonclinical safety data to drive clinical study design and data interpretation.

John-Michael has over 100 scientific publications in the areas of toxicology, drug metabolism, clinical pharmacology, pharmacokinetics, and pharmacology.

Prior to joining C-Path in 2013, John-Michael had the opportunity to play an individual contributor role at Eli Lilly where he participated in the development, registration, and commercialization of Strattera for the treatment of ADHD in children and adults, as well as supported many other discovery and development teams.  He also played a pivotal leadership role in the transformation of Elan Pharmaceutical’s discovery and development strategies including the incorporation of several quantitative translational science approaches.  John-Michael also gained operational and management experience in the Contract Research Organization (CRO) environment as the Site Scientific Head for the Covance Chandler site in Arizona.

John-Michael received his undergraduate and Master’s degree in Biomedical Sciences at Western Michigan University and his Doctorate degree in Pharmacology and Toxicology from The University of Arizona.